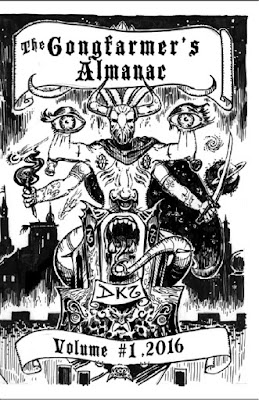 This volume is divided into PC Classes, Rituals & Spells, and other articles. Let's look inside!


Finally, the volume is finished with a (0-level?) Character Record Sheet, without attribution to the creator. If anyone knows, please share in the comments! <---Confirmed that this was James West!