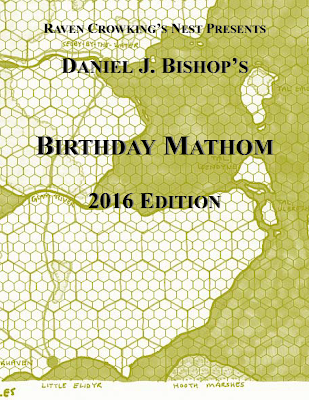 The post offering this item, and giving the requirements for receiving it, appeared on 14 January 2016. Included in the post was this text:

Here’s the cool part: I am going to start writing the adventure in June. SO…up to an including 1 June 2016, you may also include in your comments something you would like me to include in said adventure, and I will try to include it. Remember, this is a free project, so don’t be surprised if you don’t end up with 17 patrons just because of the comments. Keep it reasonable…but be inventive.

Nobody suggested anything they would like to see included in the comments, so I did a conversion of Temple of the Golden Ape. The original material first appeared in Dragon Roots Magazine, issue #1. At that time, the material was written for 3rd Edition Dungeons & Dragons. All material was reworked for Dungeon Crawl Classics.

This product is no longer available, although, as indicated above, the 3rd Edition version can still be purchased from the publisher.