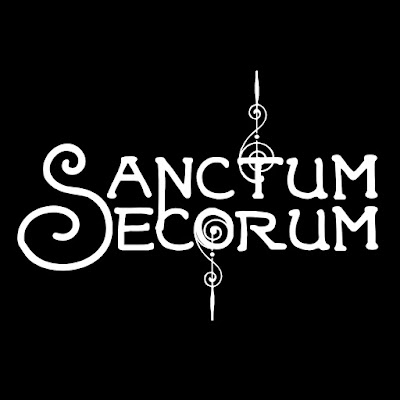 Disclosure: I have been tagged in 18 podcasts, and my work has been the featured adventure three times.

In addition to its regular podcast, Sanctum Secorum provides news, kickstarter information, and Road Crew shout outs/community events. It has included several monsters over the years on the site itself, especially related to "Bearmageddon", and produces a regular podcast companion.

Sanctum Secorum opened its doors on October 9, 2015 with The Shadow People by Margaret St. Clair, paired with Sailors of the Starless Sea by Harley Stroh. As of this writing, 34 episodes have been released.

A word about the regular episode companions: These are electronic documents which contain work by the podcasters and the community, often (but not always) related to the work being discussed in the regular podcast.

The Sanctum Secorum podcast plumbs the depths of Appendix N as it applies to DCC RPG. Each show reviews one piece of Appendix N media — be it literature or film — and then discusses how to bring aspects of it to the table for your DCC game. We explore how the selected piece might already easily fit into particular modules and DCC settings, and we highlight one specific DCC module that really ties into the Appendix N material.

Enter the Sanctum Secorum… and be inspired.

Listen To It Here!