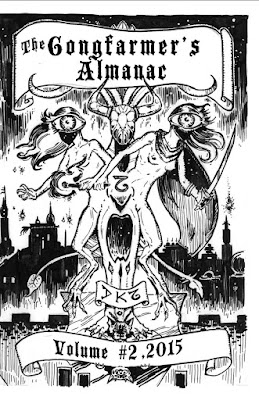 Although listed as "Volume 2 of Five Booklets", there are actually six volumes in the 2015 release of The Gongfarmer's Almanac.

The volume is divided into three sections: Monsters, Treasure, and Patrons. Let's look inside.

NOTE: That's been confirmed. Art and writing are both by Doug Kovacs, and the work was done for Catastrophe Island at Gen Con.


Finally, the volume is finished with a 0-Level Player Character Record Sheet created by Billy Longino.