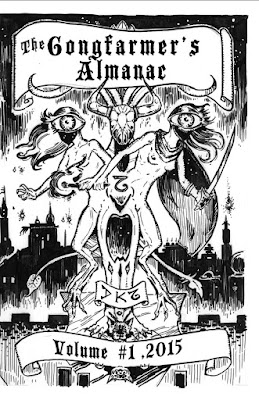 Although listed as "Volume 1 of Five Booklets", there are actually six volumes in the 2015 release of The Gongfarmer's Almanac. Strictly speaking, this material isn't necessary for running a Dungeon Crawl Classics game. Do you need an assassin that isn't a thief following the Path of the Assassin? Probably not. But it's nice to have the option, the material is cool, and the pdf is free.

The volume is split into two sections: PC Classes and Rituals & Spells. Let's look inside.